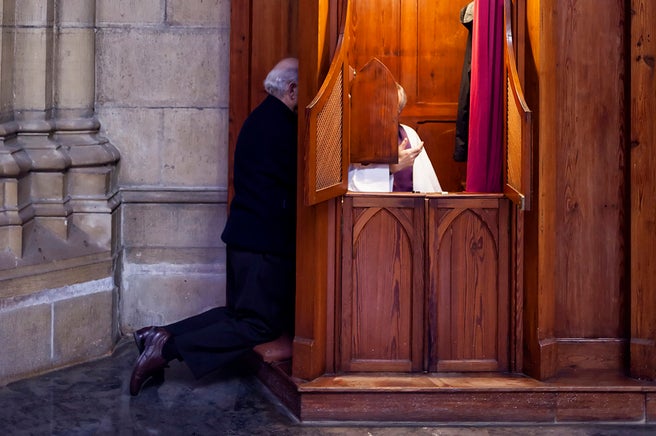 Surely if there is one thing we can all agree on, it’s that the right of children to live free from any kind of sexual abuse should be of paramount concern for all citizens in a civilised society.

And in order to protect those rights, anyone who receives knowledge of the abuse of a child surely has a legal and moral responsibility to report it to police. Such laws already exist for doctors, teachers, nurses, midwives, police and boarding school supervisors — and so they should.

This week the Victorian government has introduced new legislation aimed at extending this obligation to religious leaders — forcing priests to reveal to authorities any admissions of child sexual abuse made during church confessions.

The new law will apply to religious and spiritual leaders of all denominations, and includes a penalty of up to three years in jail for any religious leader who refuses to comply. Similar laws are already in place or soon to take effect in South Australia, Tasmania and the ACT.

But the Catholic Church is not at all happy about it. In fact, a senior figure within the church has stated he is willing to go to jail in defiance of the law, which he sees as breaking the ‘sacred seal’ of confidentiality around practising confessions.

“For Catholics, confidentiality is a religious encounter of a deeply personal nature. It deserves confidentiality,” said Archbishop Peter Comensoli in a statement. He later told media he would personally be willing to go to jail to defend the Church’s position.

Pope Francis weighed in in March this year, denouncing any legislation forcing priests to break the seal of confession. What clergymen hear inside the confessional is to remain entirely secret and confidential, he said.

“The sacramental seal is indispensable and no human power has, nor may it claim, jurisdiction over it.”

What we are now witnessing here is an institution that has been accused and found guilty of widespread sexual abuse against children, now refusing to budge on a law that aims to bring new transparency to the way it conducts its core business.

The sheer weight of disturbing evidence against the Catholic Church, which came to light through the Royal Commission into institutional responses to child sexual abuse, demonstrates that the right to maintain anachronistic secrecy laws are part of the patterns of abuse exposed in a bygone era.

In fact, Victoria’s new law comes in direct response to a recommendation from that Royal Commission, calling for the introduction of laws making it a criminal offence to refuse to disclose sexual abuse revealed in the confessional.

“Ultimately this is about making sure that we start to right the wrongs of systemic abuse,” said Victorian Attorney General Jill Hennessy.

“It’s pretty simple: if you think a child is being abused, you have to report it.  And we’re committed to driving this cultural change to make Victoria safer for our children.”

Yet the Catholic Church stubbornly maintains a position that it is somehow above the secular law of Australia. In 2019, with everything we know about the lives that have been devastated and destroyed through the spectre of child sex abuse within the church, it is nothing short of appalling and pig-headed of the Church to place its own religious freedom above the rights of innocent children.

The Church should instead be seizing this opportunity to begin the long road of repairing its own tainted reputation in this area — and this could start with priests working with authorities to expose such abuse at every opportunity.