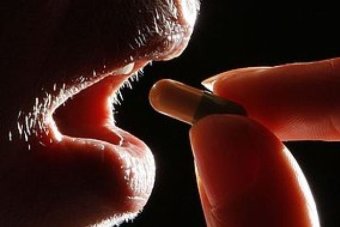 Immense loneliness is building around the world — and with it, our anxiety about solving the problem.

But what if we’ve been thinking about it the wrong way? What happens if we think about the cure as a long, cool glass of water on a hot day?

OK, it’s not that simple. But Dr Stephanie Cacioppo, director of the Brain Dynamics Lab at the University of Chicago Prizker School of Medicine, puts loneliness in the same category as thirst: a human signal that can be dealt with through our actions.

Just as we reach for a drink when we are thirsty or dehydrated, we might be able to take a pill to deal with the consequences of feeling lonely in the future.

“Like thirst, loneliness is a biological signal that has evolved to protect our survival,” she says.

Her aim, she says, is to reduce the alarm signals in the brain that can result from people feeling lonely to make them better equipped to reach outwards, rather than falling inwards into social isolation.

“The goal is not to eliminate loneliness [or thirst]. The goal is to help prevent people from feeling lonely [or thirsty for the analogy],” she says.

Dr Cacioppo is leading a team developing a “loneliness pill” that she hopes will help relieve the more severe symptoms suffered by the acutely lonely.

“Loneliness is widespread and contagious. It is an epidemic,” she says.

Dr Cacioppo stresses her goal is not to stop loneliness, but rather to regulate the ways that feeling lonely affects the mind and body.

She says loneliness results from signals to the brain that perceive danger all around us and push us to interact in ways that will cause greater anxiety to ourselves and others.

This is where Dr Caccioppo thinks a loneliness pill could help.

Early trials have demonstrated a critical role between these steroids and relief of social isolation.

Her Chicago-based team have centred their research on allopregnanolone after their early results showed it counteracted loneliness-inspired biological changes in the brain — but without the undesirable side-effects of other antidepressants such as insomnia and nausea.

However, for some observers, the notion of medicalising normal human feeling sets alarm bells ringing.

‘Loneliness is very much a social issue’

It’s hard to underestimate the problem that loneliness represents.

At the World Economic Forum in Switzerland last month, world leaders were told that 40 per cent of those under 25 globally say they feel lonely.

That’s backed by the Australian data. Michelle Lam, author of the Australian Loneliness Report, says modern life is leading to much greater levels of social isolation.

Her report, released in November last year, found more than half of all Australians feel lonely for at least two days of every week, and more than a fifth of us feel we never or rarely have someone to talk to or turn to for help.

Lead clinical adviser for Beyond Blue, Grant Blashki, says many Australians suffering from prolonged loneliness are already turning to medical professionals for help.

“As a GP I see many patients where the most accurate description of their clinical presentation is sheer loneliness, and I often focus our consultation on how we can best help them to overcome what is a really awful feeling that many Australians experience for months and years of their lives,” he says.

But, he says, if a pill for loneliness is developed, it would only ever be useful in conjunction with doctor and patient psychological interventions.

“Loneliness is very much a social issue, as much as a medical one.”

Australian Psychological Society president Ros Knight agrees that a pill could only ever be part of a broader strategy.

“Most of us have social needs and a need to connect. It is one of our basic drivers,” she says.

“The notion of a pill for loneliness does raise a whole lot of ethical questions — I think at the moment we just have to wait and see what its component usefulness is.”

‘It goes against the very core of ethics’

If the idea of taking a pill to deal with what most of us would consider a normal human condition makes you feel uneasy — read on.

Professor Paul Komesaroff, a medical ethicist from Monash Universities faculty of Medicine, Nursing and Health Sciences, tells the ABC that when he put the notion of a loneliness pill to his students, their response was, “we have been taking a loneliness pill for years — it’s called ecstasy”.

But Professor Komesaroff says he views the notion of a pill for loneliness as being intrinsically wrong-headed and unethical.

“I see this as self-contradictory because taking a pill to deal with a normal human condition is only likely to enhance the troubling experience,” he says.

“What concerns me is that loneliness refers to someone being alone and in need of contact with other people — taking a medication and remaining disconnected from other people would only intensify that aloneness.

“The idea that the experience of loneliness is a pathology that can be put right through a technical or instrumental intervention goes against the very core of ethics — which is about our relationships with and openness to other people.

“So I think the whole thing is wrong-headed, unethical and represents a failure to understand the broader social context in which we live.”

For the past 18 months her team has been testing the drug on a group of 96 lonely, but otherwise healthy people by giving half a 400-milligram dose of the naturally occurring hormone pregnenolone and the other half a placebo.

Dr Cacioppo says she is cautiously optimistic that the early results show significantly decreased levels of loneliness among those who have taken pregnenolone, but the study is ongoing.

The goal of the research, she notes, is to measure the effect of “normalising” pregnenolone levels in the hope to reduce the patients tendency toward social withdrawal.

Dr Cacioppo hopes her medication, once the trials are completed, could help enable lonely people to better overcome that need and begin more clear-headed interaction with the outside world again.

This story first appeared in the ABC