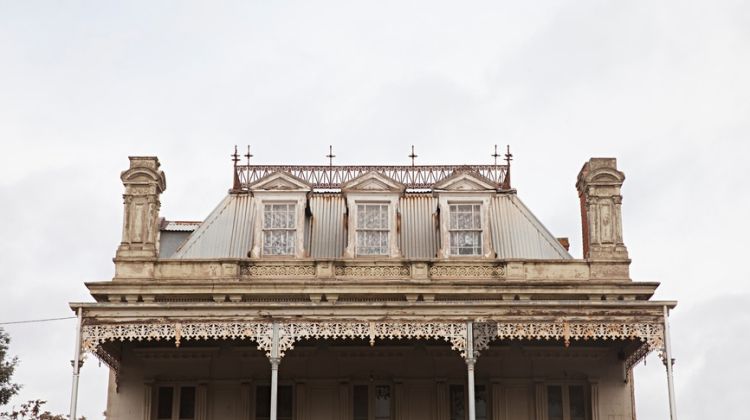 When I moved into my art deco apartment in St Kilda, one of the first things I noticed was an old managers bell in the foyer that had long since been glued up.

It inspired me to ask around among the older tenants and I later discovered that my building had been a popular block of holiday units between the 1930s up until the 1960s – complete with a live-in building manager who would see guests to their units over the long, hot summer when people from all over Melbourne and elsewhere flocked to St Kilda for their summer holidays.

It was just a small clue to a different era for my home, but I soon discovered that many homes contain items hidden in the walls, under the carpet or buried in the back gardens that reveal clues as to the histories of our cities past. In fact, even the paint on the walls or the bricks themselves can hold secrets to a building’s origin – and provide powerful connections between a building’s past and present.

“Every single house has a history,” says Aron Paul, a heritage consultant and historian who carries out heritage assessments of many Australian buildings. Sometimes the items found hidden inside the walls of homes can tell stories about the superstitious practices of past owners – a process called immurement. He says its not unusual to discover such items hidden in corners or walls of very old properties deliberately left there for future owners to find.

“There was a superstitious practice of placing coins in the corners of a room underneath carpets for good luck, which dates back to pagan times,” he says. “So it isn’t unusual to find coins from the era when a carpet was laid down. I found coins under the carpet of the house I was living in when we took up the carpets to polish the floorboards. It was a 1930s house and the carpets were very old and worn.”

Sometimes such clues to the past are hidden in the most unlikely places. For example, when Gail and Alan Abud from Hurstbridge in Melbourne’s outer eastern suburbs cut down an old dead Stringybark tree from their backyard, they unearthed a small sheet of iron with a handprinted sign reading: “Any person found removing timber from this property will be prosecuted”. In the bottom corner was the name “Mrs Saville”. 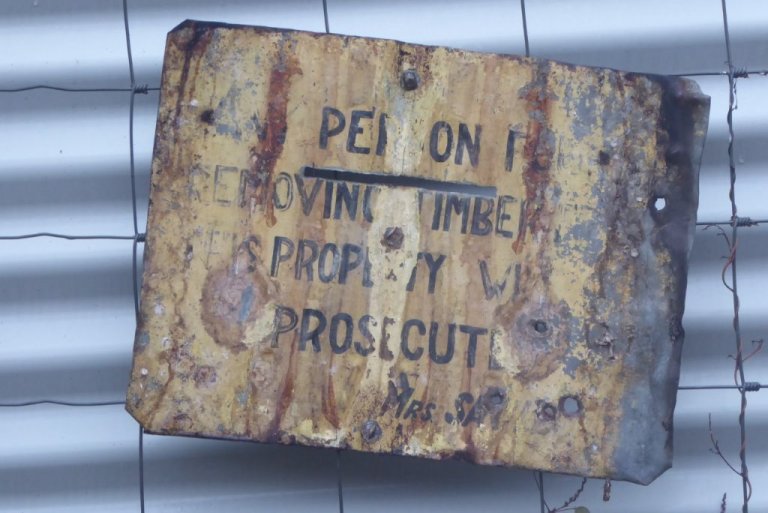 The Abuds realised the sign had been nailed to the tree when it was a mere sapling and the tree had grown around it and folded it inside the tree trunk. Gail Abud says they had kept all the old titles on the house, and found the name Saville on a past contract. From that they realised the notice must have been placed there between 1935, when Mr Saville died, and Mrs Saville’s death in 1947.

“We knew that because if it was posted prior to Mr Saville’s death, he would have been the one to sign it,” she told Domain. “This area was poverty stricken in the early days; not much gold although people spent a long time digging holes, poor for agriculture and many alcoholic smallholders trying to survive. So the timber on the block, as firewood or construction, was valuable in a way we can’t imagine today.”

But for Donna Broun, the connections to the past went even deeper. When she was digging a hole in the backyard of her home, in the hilly Helena Valley river area east of Perth, she discovered what she believed to be an Aboriginal grinding stone buried quite deep in the ground. It was a lateritic chunk of rock made up of two shiny smooth sides and a hand grip. She later discovered very similar items on the Museums Australia website dating back 30,000 years to the Pleistocene Epoch.

Broun says it was amazing to find such a poignant reminder of the original dwellers in the area. “When I finally sold the place I put the stone back where I found it. But this time – on top of the soil as a memorial to the people of the past,” she says.

Old bones are a common find in the backyard of Australian homes – and they can be quite alarming for the occupants when first discovered. Consider the case of Melissa Bryan from Preston, who parked her car outside her California bungalow house as renovations were under way to pull out an old chimney, and was alarmed to see two police cars parked there.

The renovators then introduced her to two detectives who explained that they had discovered hundreds of small bones buried under the chimney and no further excavating could be done until the bones were tested. 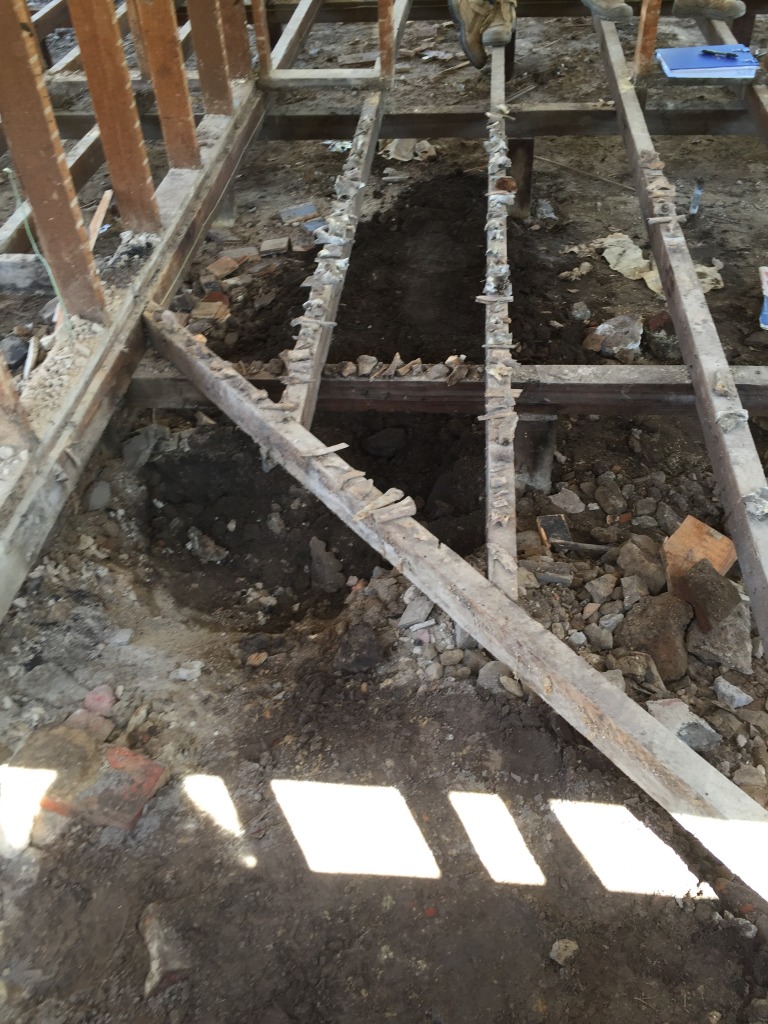 “The builders had lined them all up over exposed floorboards and were having a good old laugh about what mystery surrounded the bones… Anyway a few hours later the results came back that the bones were of sheep and cattle dating back to a 1900s farm on my property. I was pleased they weren’t human remains as that would have postponed the renovations for months,” she says.

According to Paul, there are sometimes very good reasons why previous owners would prefer a house’s  history remains hidden – as disturbing past events could put off potential buyers. “People don’t always want to know what happened in their house,” he says. “Only once though, have I been researching a house and found out that someone hung themselves in the kitchen a hundred years ago.”

This story first appeared in The Age Domain