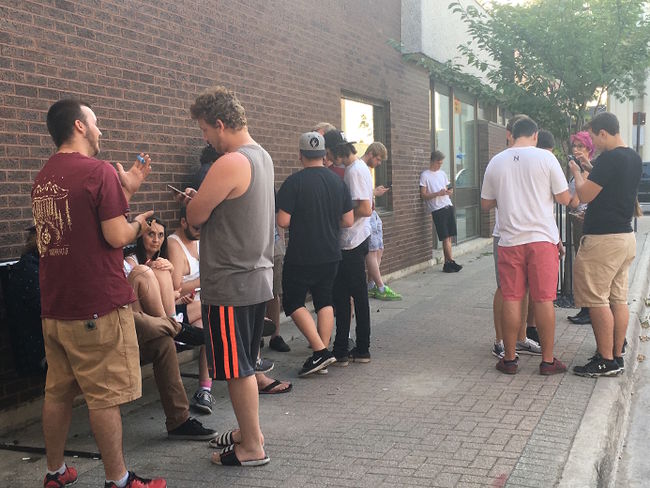 Call me slow on the uptake, but the first I knew of this new Pokemon phenomenon was the sight of grown men in the CBD wandering around in zombified groups staring into their mobile phones.”What the hell are they doing?” I asked my friend sitting opposite me on the tram up Swanston Street. “Ah, they are doing Pokemon Go.” That was only last week. Since then, it’s been everywhere.

But as the Pokemon phenomenon spreads to selected countries around the world, some of the resulting news reports have started getting darker in tone. In the US a teenager stumbled across a real human corpse while searching for the illusive digital specimen. In Adelaide, a distraught mother complained that Pokemon had led her son into a known gay beat in a seaside car park.

In response, police have warned that users better not allow the app to lead them into dangerous situations – particularly around traffic or into dangerous places late at night. It seems the imperative to play and catch the illusive Pokemon is stronger than some people keeping a grip on their common sense.

I must confess to feelings of sincere indifference bordering on contempt for this newest digital pastime. And before you call me the fuddy-duddy fun police, I can see the advantages if Pokemon gets people off the couch and physically active in the outside world.

But enough of our modern lives is spent behind screens as it is. And there is a passivity implicit in placing a screen in front of our own lives and being guided by interests that we shouldn’t assume to be benign.

Let’s be honest – Pokemon is not a community service, it is a commercial enterprise out to make money from gleaning an ever-greater portion of the world’s digital gaze. In giving ourselves over to it we are surely surrendering our own free will to some extent – or at least submitting to external forces that we deem to be worthy of our attention.

Few of us are entirely immune from screens, and of course it’s not all negative. But for all the great culture and community our city has to offer, surely we don’t want to spend our days chasing digital phantoms around city streets. I’d be more interested in identifying activities that nourish rather than diminish my our own creative and intellectual life, like reading a book or taking a long walk along the beach. And frankly, I don’t care whether or not there are Pokemon hiding between the cracks in the pavement.

First published in The Age