Here are a few books that have held me captivated this year – again in no particular order. Its a year that has seen massive transformations in publishing – but I remain confident that high calibre, timely writing will always find a way to get through to receptive audiences. 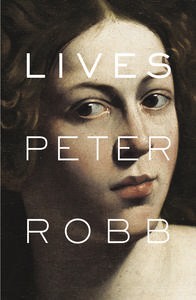 I didn’t know much about Peter Robb until this year when his profile of Marcia Langton in The Monthly captured my attention. He is an unassuming writer from Melbourne who has the uncanny knack of really getting under the skin of his very well chosen subjects – including people like Julian Assange, Shaun Gladwell, Ivan Milat – all the way through to Gore Vidal, Noam Chomsky and Peter Carey. Highly readable, incisive, witty, cynical and poignant – this makes for great summer reading. Robb was a great find – he just might be our own punk literati godfather – or at least a valiant contender.

Peter Carey – The Chemistry of Tears

I’m not a Peter Carey fanatic – but this most recent novel got me. A woman must deal with the loss of her secret (married) lover alone, and in an act of compassion her department in the city museum gives her an unusual project – piecing together the intricate clockwork pieces of an automaton, a nineteenth century mechanical bird. From the darkness of her forbidden grief, something extraordinarily beautiful emerges into the clear light of day.

Anna Funder – All that I am

Definitely one of the books of the year, Anna Funder has taken her forensic observation skills and applied to the story of a group of dissidents in Nazi Germany who escape to London and attempt to undermine Hitlers Third Reich. But its more a story of the individuals capacity for love, loyalty, sticking to ideals – and betrayal – that charts a group of friends all the way from Berlin 1939 to Sydney 2012.

Benjamin Law has emerged as an up and coming Australian writer to watch – and this book is highly entertaining, engaging, and rather restrained. He documents the changes taking place in Asian countries including India (which recently dropped its anti-gay laws & now revels at Gay Pride events), Cambodia (where a struggling NGO network tries to deal with the countries HIV problems and street prostitution scene), Thailand (where he finds himself in the middle of a dizzying lady-boy glamour show scene), Indonesia (where the pervasive sex tourism is disconcertingly pervasive) and Japan (where the only really visible gay scene is on TV). Its good story telling, and Law retains his compassion and ethics to tell a colorful, warts and all account on how it is to be gay in Asia in 2012. 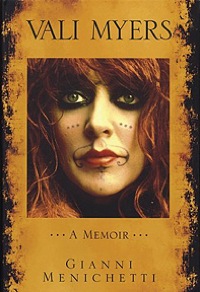 Gianni Menichetti is the artist, poet, gypsy, author and lover of the late Vali Myers – one of Melbourne’s most eccentric and loved artists and pagans. My personal connection to Vali was that I used to visit her in the Nicholas Building before she died and did the last ever interview with her from her hospital bed in 2003 (see the Age interview here or via my website here).  This book filled in lots of blanks for me such as how she lived for 30 years in this tiny piece of squatted paradise near the town of Positano, Italy with a menagarie of wild animals for company, making fine ink art and recovering from opium addiction before selling her art work to people like Debra Harry from her room at New York’s Chelsea Hotel. Its detailed, told with affection and quite well written – an account only Gianni could have written. Foul mouthed and feisty to the end, one of the last things Vali said to me was “”I’ve had 72 absolutely flaming years. It doesn’t bother me at all, because, you know love, when you’ve lived like I have, you’ve done it all. I put all my effort into living; any dope can drop dead.”